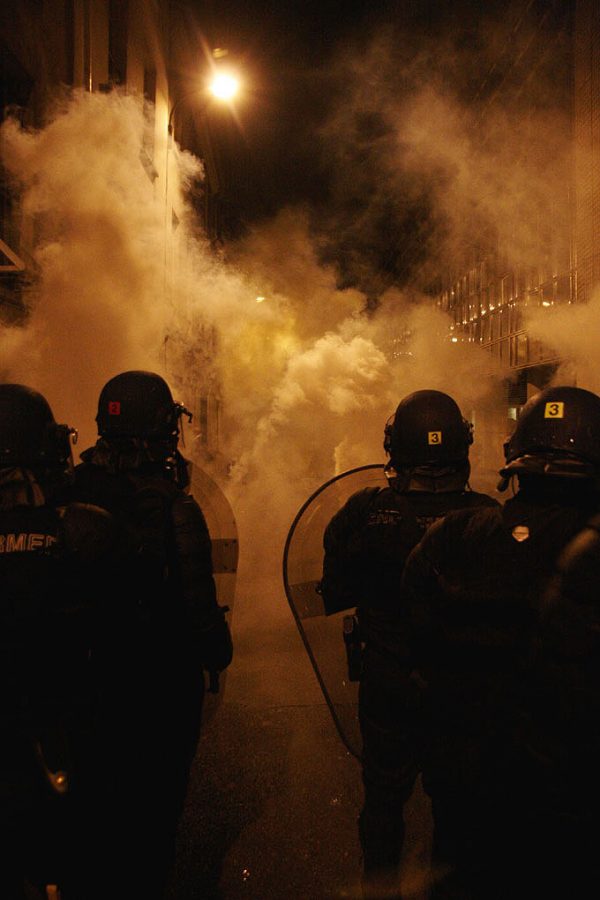 It was late May and my on-again, open-again, off-again girlfriend Max and I were driving into St. Paul. It had been a few days since the video was released of the brutal execution of George Floyd, an unarmed man who was unfortunate enough to be born black in America. And mostly thanks to Unicorn Riot, an internet media collective, the revolution was being televised. At least online, which Max had to show me how to find due to my Anarcho-Primitivism anti-technology philosophies. (More accurately, my total incompetence in regards to anything and everything related to technology. Like why is it so hard for my printer to just print? I swear to god every time I need to use it I have to turn it off and on for it to work. I mean every damn time. And what the hell is TikTok?)

I digress. At this point, it has become customary for the speaker (or in this case, writer) to state their ethnicity, which is white. By white I mean WHITE. Like I watched and then immediately rewatched the entire Ken Burns PBS documentary about the history of country music in America that came out last year; I wear Birkenstocks (even with socks), and I love refinishing mid-century modern furniture that I find at estate sales.

Driving into the city was a trip. It looked like something you would see on the nightly news. Like some third world country after America had just “liberated” it with its warplanes and cruise missiles.

At this point, I couldn’t help but think to myself, why?

Why the violence? Why the burning? Why the destruction? All while looking for something large enough I could throw through the remaining window of the TCF bank.

Following a small crowd, we made our way to the intersection of North Griggs Street and University Avenue West via Lexington Parkway, where we were greeted by a line of what I would describe as Kevlar wearing guerillas holding wooden batons. Their faces completely hidden behind a thick plexiglass shield, void of any trace or resemblance of humanity. A skyscraper of smoke billowed from somewhere in the distance. Ominous to say the least. They not only had the guns but also seemed to have the numbers, at least at that point. But we stood strong.

I chain-smoked cigarettes on the corner taking the whole thing in while people chanted and held the line. To be honest, my purpose there wasn’t completely altruistic. This was a once-in-a-lifetime event with repercussions that could be felt worldwide. And not only was I a witness, I was a participant.
I was a revolutionary! A freedom fighter! I was Che Guevara with white pasty skin and the occasional eczema flare-up!
I was thinking of how someday I would be able to tell my currently nonexistent kids of how I stood up to the system, fighting the powers that be. I was the white savior fighting white supremacy. My fantasy (or daydream) quickly faded when I noticed that everyone that was once in front of me was quickly moving behind me.

And that’s when I felt it. My eyes watered up, my nose started to run and this weird coughing fit overtook me. Before I knew it I too joined the crowd frantically running down University. And thanks to my athletic prowess, more likely a lifetime of restless energy, I soon was heroically leading the retreat away from the front lines, back towards Lexington. Birkenstocks and all.

Once I realized exactly what happened and that I was fine, I chivalrously went and looked for Max. She was a little shaken up, but all in all doing fine.

As my fear subsided, a feeling of exhilaration took over. This was better than any drug I have ever taken. As the smoke was clearing, a small group began charging back like some type of cavalry scene out of an old western movie. And before you could “Say His Name” I was dragging Max back to the frontlines, euphoric from the excitement.

This time I was much more invigorated and joined in with the chants, “No Justice, No Peace!” Then as the momentum rose, “Fuck 12!” I had no idea what that meant at the time (and still don’t) but joined in enthusiastically anyway. I was just going along with the energy of the crowd. Hell, at that point I was one with the crowd. Before you knew it, my eyes started to water as that sweet noxious gas filled the streets, and my comrades and I would quickly flee back only to reemerge stronger.

Unfortunately, my elation soon ended. Max had just gotten a text from her friend from Minneapolis. The protestors had just taken the 3rd precinct.

Well, good for her friend, I thought to myself. Nothing ever happens in St. Paul, it’s always Minneapolis. Now she can go brag to everyone she knows that she was there the night when people realized that when united, power doesn’t rest in the hands of the powerful; it rests in the hands of the people.