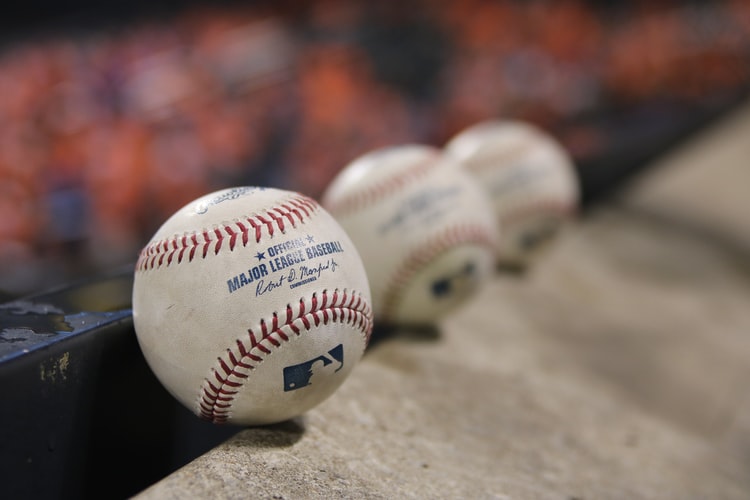 The greatest show on dirt is just around the corner. With the barrage of wind chill warnings, I’m just ready for peanuts and crackerjacks. Your Century Ducks baseball is back and I was lucky enough to speak with Coach Threlkeld about the upcoming season. Coach Threlkeld is hoping to bring his success to the program.
Once a Burnsville Blaze, he served his alma mater as hitting coach and then junior varsity coach, and then coached the Prior Lake Legion team in 2014. From 2012-2014, he was the Graduate Assistant for the Mankato Mavericks, seeing his teachings translated to the field with success throughout those two years. During his two seasons he saw one outfielder be named all-conference, one receive conference tournament all-tournament team honors, three receive all-region tournament team honors, and one be named to the all-world series team.
So I had to get my info about this upcoming season and what the vibes were in the room.
First, I want to thank you for the opportunity to get to talk about Ducks baseball!
Carter: With COVID-19 restriction beginning to lighten, did you get any news for the Spring 2021 season? If so, what are your thoughts and the protocols set to keep players and staff safe?
Coach Threlkeld: The best news of course came back in November when we were informed that we would move forward with having a season! We have not received any new news that would cause us to deviate from the COVID plan that was prepared and is displayed on our web page but we are monitoring the MN Department of Health guidelines closely as they are updated to make sure we are in compliance.
I feel great about the measures put in place and their ability to keep our players and staff safe. In some cases, we are actually doing more than what is required by the state to emphasize that safety. I am truly grateful to our administration, namely President Millender, for being an advocate for our players at the conference meetings and working with Kristin Hageman, Pakou Yang, Dwight Kotila, and others to come up with our COVID plan for Century College baseball that will give our players the best chance to compete this spring.
Carter: If not, what are your thoughts and have you and many other coaches been having meetings for the NJCAA conference to push and get your players the opportunity to play and show their skills to (maybe) future colleges?
Coach Threlkeld: As conference coaches we have been in regular contact. We got the ball rolling to work toward a season back in August when we submitted a very preliminary, very rough draft of what a season could look like, all the way from indoor practices to outdoor games to travel. It has been a great unifying factor for the conference and all baseball coaches and institutions involved.

Carter: How ready and anxious are the boys to get the game back they loved that was sadly taken from them due to COVID?
Coach Threlkeld: Motivation is not something we as a staff need to conjure this year, that’s for sure. We were 8-4 and just hitting our stride last year before the season was shut down and a lot of thoughts of what could have been have stuck with our returners since time. Combine that with a freshman group that had their high school seasons canceled last year and you have a group that is just glad to be back to the game and back around one another and all that being part of a team has to offer both on and off the field.

Carter: Have you been able to hold any workouts with them?
Coach Threlkeld: Workouts started Monday, February 1st and it was a glorious day. “A lot of energy in the gym” to quote White Goodman from the movie Dodgeball. Up to that point we have not been allowed any player-coach contact other than through zoom meetings. This is very different from a traditional fall and winter where we would have been practicing 5-6 days a week. We are thankful to the MN Blizzard who allowed our players to use their facility to train independently this fall while we were shut down. I’m also very proud of our players for taking lemons and making lemonade out of a tough situation. They have looked good so far at practice and all credit to them for taking their preparation seriously, with or without coaches present.
Carter: How does it feel to take over for Dwight Kotila? Who was inducted into the NJCAA Hall of Fame.
Coach Threlkeld: Dwight’s a legendary man!! It wasn’t until coming to Century that I learned Dwight would stay on as the Athletic Director and was part of the attraction to take the position. He has been an unbelievable mentor and an even better friend. In the coaching world you get to know OF guys even if you don’t actually know them, especially the successful ones. Dwight was a guy that I knew of and sort of looked up to from afar. Many don’t know the time and effort that goes into literally building a program from the ground up. But then to take that program to seven world series in the past nine years is something that only a coach who is HOF could do. From the alumni to our field, I have a lot of respect for what he has built and my only desires are to continue the winning tradition and to honor him by continuing to build upon the foundation that he has set.

Carter: What was one thing you want these boys to get out of this season? Knowing how tough it’s been physical and mentally, do you hope they’ve taken more appreciation out of this situation and understanding that anything could happen in a second?
Coach Threlkeld: I think an appreciation for the situation is something they took from last season and something that will stick with them through this season. But really, I want them to have fun being around one another. The connections these guys build being teammates will far outlast any of their baseball careers. I hope they take from this season how valuable human connection is and that the appreciation should not necessarily be the game itself, as that will one day be done for all of them, but more the environment they are afforded to foster and grow their human connections in and the uniqueness of that team environment compared to many other facets of life.

Carter: Did players who didn’t get to finish the season last year get the opportunity to stay on the team and get another year under their belt?
Coach Threlkeld: We had a mix of players who moved on to 4-year schools and ones who made the decision to come back. The NJCAA did not count last year against any of the players so it was up to them to make that choice. The ones who expressed interest in coming back we allowed to do so and welcomed back with open arms. It is not very often in JUCO baseball that you get to have 3rd year guys with World Series experience lead your team and is something that I think will help our young guys tremendously heading into the season!
Carter: Excitement level out of 10!!!?
Coach Threlkeld: 10 all day long. We talk about the players missing each other and the team but I feel our staff is in the same boat. We didn’t accomplish as much at our first practice as I wanted and it was my fault! I found myself being a social butterfly more focused on seeing the guys than them doing their baseball work. That will change, but I can excuse it out of both them and myself for the first day ;).