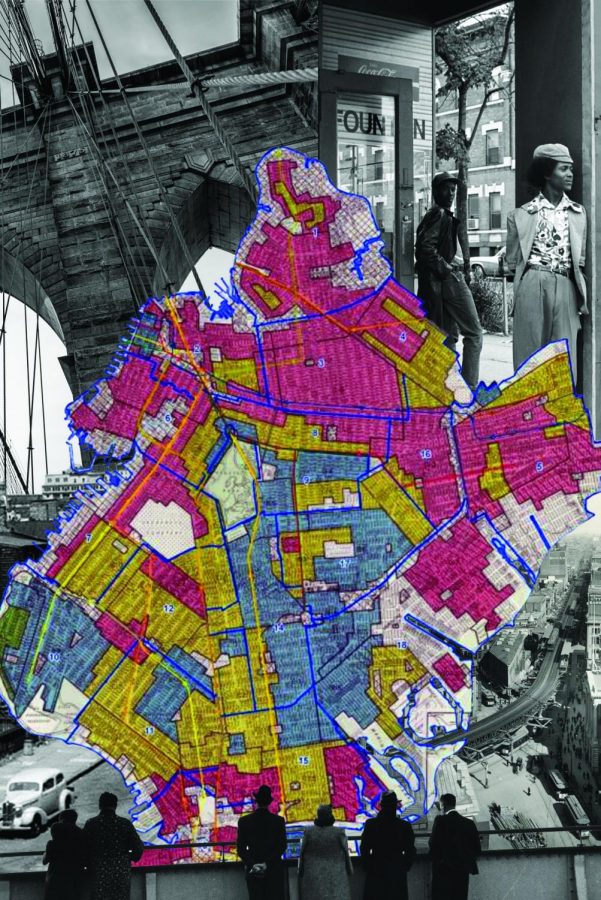 A Brief History of Redlining

Since the European conquest and slavery, racism has remained a prominent problem due to unjust policies. Redlining has had a detrimental impact on the standard of living and financial wellness of black Americans for decades, creating an immense setback for a growing economy in the black community. Low-income housing areas have been wrongfully looked down upon and been stereotyped as “Black neighborhoods” due to this policy. How did redlining come about?

In the 1930s, the Federal Housing Administration (FHA) was created with the help of President Franklin D. Roosevelt to encourage home ownership. The FHA insured mortgages, setting very racist regulations for home loans, even stating, “If a neighborhood is to retain stability it is necessary that properties shall continue to be occupied by the same social and racial classes. A change in social or racial occupancy generally leads to instability and a reduction in values.”

This meant that if lenders wanted the FHA to insure their mortgages, they couldn’t loan out money to people of color who wanted to move into white neighborhoods. If loans were given to people of color who would move into white neighborhoods, then the value of the homes in that area would go down; this led to lenders using color-coded maps.
Color-coded maps gave areas a color based on the race of people who lived there. The “best” neighborhoods to live in received the highest grade of an “A” and were colored green; the areas where African Americans lived were considered “hazardous” and scored the lowest grade of a “D” and were colored red, creating the term “redlining.” These guidelines downgraded African Americans to few “red” neighborhoods with lower loan ratings that were mostly made up of public housing.This implemented racial segregation in housing.

Redlining continued, until 1968 when the Fair Housing Act was passed by Lyndon B. Johnson. This act prohibited housing discrimination, making it unlawful to refuse a loan or not rent to someone based on their race. Though this act allowed families to move to better areas, racial discrimination in housing still exists and black families continue to feel the impact of redlining.
Families who could afford to move into nicer neighborhoods when white families were moving into them, gaining equity and wealth, families of color were no longer able to.
Not being able to buy homes in nicer areas came with a lack of credit, which has led to significantly lower homeownership rates for black families than white families. The national homeownership rate for white families is 73.7% and just 44% for black families (Richardson).
Segregation in neighborhoods hasn’t gone anywhere. Today, 91% of areas classified as “best” in the 1930s remain middle-to-upper-income, and 85% of them are still predominantly white (Jan). Nearly two-thirds of neighborhoods that were once classified as “hazardous” are still inhabited by mostly minority residents.

Enforcing the Fair Housing Act has reportedly been daunting, and though there have been many infringements, investigating these violations is difficult and expensive. Decades later, redlining continues to have a detrimental impact on the standard of living and financial wellness of black Americans, creating an immense setback for the black community.