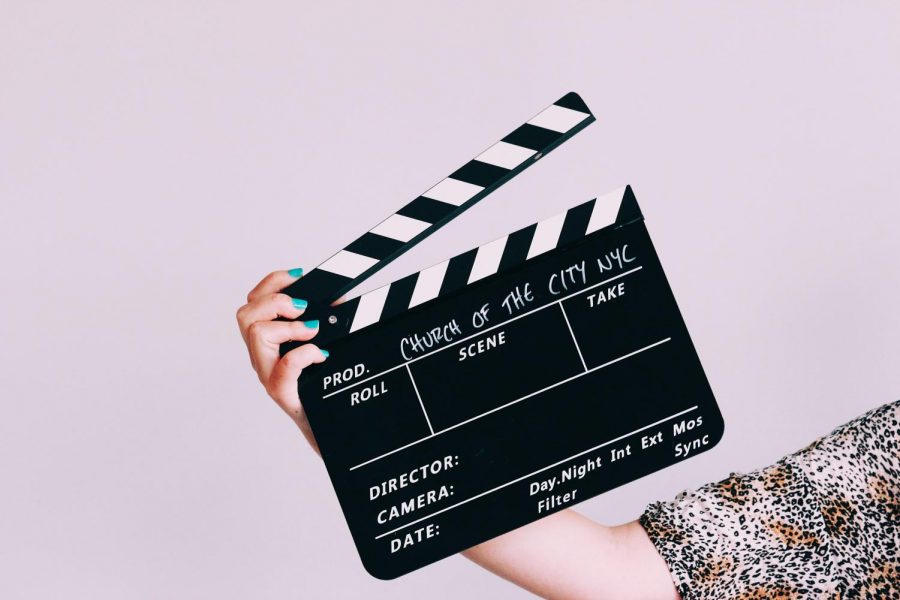 One cannot see every movie, I daresay that one cannot see MOST movies. While in no particular order, each holds a very personal place in my hippocampus, or some other memory holding juncture within the brain. Each, in my humble opinion, can provide enjoyment any which way and can open the world of cinema up to anyone curious enough to take the first step.

Why one may not have seen it: It’s a Spaghetti Western, a genre that’s not too popular on this side of the millennium, despite Quentin Tarantino’s efforts. Unless your Dad watches these at 8 in the morning (I distinctly remember waking up to ‘RAWHIDE’ roaring through the house) on a Saturday, Once Upon a Time in the West may not even be on the radar of things to watch.

Why one must see it: In short, Henry Fonda’s the bad guy. It’s the first time such a thing has occurred for the big Fonda. Where director Sergio Leone’s first three films, dubbed The Dollars Trilogy, established Leone as a Spaghetti Western filmmaker, his Once Upon a Time… trilogy, showcased his move into the mainstream, kickstarted by the film named above. Showing polish, hypermasculinity, and even femininity, this is his first film with a woman, Claudia Cardinale, in a lead role. A tale of heartbreak, redemption, and revenge. Viewers will be satisfied at the end of this Western Epic.

Why one might not have seen it: Because penguin-movie atrophy is real. While the term “Penguin movie” fits with other, less enjoyable movies, you know the ones, this label doesn’t do Surf’s Up justice.

Why one must see it: A light-hearted surfer movie, that at its heart is about friendship, love, and personal growth, all presented under the structure of a mockumentary. Of all Penguin Movies, Surf’s Up stands far and above the rest.

Why one might not have seen it: Many of us are aware of Spike Lee and his existence within the film industry. But many of us, mostly us young-ins, have not taken time to ask why we know his name and look back at his extensive filmography. Lee had to start somewhere, and one would be hard pressed to choose one better than Do The Right Thing.

Why one must see it: it’s a hot day in the life of inner-city Brooklyn, where racial tensions are just as hot. We follow Mookie (Lee), an African American working at the local pizza joint where the owner’s son openly hates black people, who’s disgruntled at his situation. His current situation differs little from that of many others seen in the film, most openly by that of Buggin’ Out, played by Giancarlo Esposito, who played Gus Fring in Breaking Bad, by the way. Esposito is almost unrecognizable, just a heads up. Themes include Prejudice, Violence, and Humanity, most importantly. Do The Right Thing tells a story where doing the right thing is one of the hardest things to do.

Why one might not have seen it: 2009 was a busy year for movies, what with Inglorious Basterds, The Hurt Locker, Avatar, and District 9. Even animated movies had a big year, with the releases of Up, The Princess and the Frog, and Coraline. Fantastic Mr. Fox, like many a Democratic candidate, kind of got lost in the mess, despite the stellar cast of George Clooney, Meryl Steep, Bill Murray, and Willem Dafoe, among a smattering of others dabbled throughout.

Why one must see it: Basically, so that people understand my references (“Are you cussin’ with me?”). besides that, imagine a Wes Anderson take on the old Roald Dahl tale. Themes include Mortality and Instinct, as Mr. Fox (Clooney) comes to conflict with his family side and his wild side, along with the farmers he’s managed to irk. Quirky comedy with straight-on camera shots, and dialogue that is just as direct, are what awaits any potential viewer.

Why one must see it: I actually hadn’t seen Heathers when I thought of this list until Beth Mayer of the English Department (and my Screenwriting instructor) recommended this to me. She told me this was a dark comedy. I can honestly say I was not ready. She also told me not to judge her or her taste in movies. I’m in no position to judge, but WOW is this dark. And I enjoyed it thoroughly. In a nutshell, don’t be a popular girl named Heather. In more detail, Heathers is a story of violence, alienation, and hypocrisy, where the ends justify the means.

Why one may not have seen it: It’s a short film. Many of us don’t seek out short films, instead opting for the casual consumption of those that play prior to the theatrical screening of any Pixar movie.

Why one must see it: This short film is Barry Jenkins’ (Moonlight) directorial debut. While watching, one may notice similar camera-work and thematic elements between this and his later work. Dialogue in this film is almost entirely in Arabic. Incredibly intimate and vague in certain regards, leaving much of the story open to interpretation, My Josephine accomplishes much in a mere 7 minutes, warranting multiple views to develop a more complete mental picture.

Why one might not have seen it: It’s a foreign film. It’s made by directors (Fernando Meirelles, Katia Lund) who are not mainstream, set in a place (Brazil) that most have not traveled to, and spoken in a language (Portuguese) that most don’t speak.

Why one must see it: A coming-of-age tale unlike much of what most have encountered. In an environment almost mirroring that of Lord of the Flies, we follow Rocket, an aspiring photographer and journalist, growing up in and surrounded by the monster that is a 1960’s Brazilian favela, named The City of God. As Rocket comes into his own in this epic tale, he must weave his way through the poverty and corruption, matching each with hope that he can make it out of a hell that many can hardly fathom. City of God drops the viewer in the middle of a greater narrative where survival comes before moral judgement.

Why one might not have seen it: Most anime films we see today are generally more light-hearted, and almost exclusively made by Studio Ghibli and distributed by Disney. It also doesn’t help that Ghost in the Shell is most definitely for a mature audience, thus limiting its scope.

Why someone most definitely should: The first anime to make this list, also the only. However, this movie could spark one to dabble in the medium. Many themes, including consciousness and technology, and many others, have made way into other science fiction that have followed. Much like that of Blade Runner, Ghost in the Shell imagines a dystopia where technology has taken over. Leaving the viewer pondering existence and what it means to be truly alive.

Why one might not have seen it: It’s old (notice a trend). With all things that already bog down our lives, including but not limited to school work, bills, sports, or even kids, it’s hard enough to keep up with the minutia of current happenings.

Why one must see it: The ultimate courtroom drama. Any film buff would be remiss to not have 12 Angry Men on their “Watched” list. This is also Henry Fonda’s second appearance on this list, a most prestigious accomplishment. This film takes place almost entirely in one room. A murder case that requires a unanimous vote to convict. All seem hell-bent on conviction. All but one. Number 8(Fonda) to be exact. Fonda turns in an incredible role of perseverance and duty to the law that will leave you speechless.

Why one might not have seen it: because it’s 56 years old. One would be hard pressed to find a person my age (23) who even knows of this movie, let alone seen it. While a Stanley Kubrick film, Dr. Strangelove doesn’t carry the recognizability of 2001: A Space Odyssey, A Clockwork Orange, The Shining, or Eyes Wide Shut. In fact, it precedes any of those four by at least 4 years.

Why one must see it: Unlike the previous Kubrick films named, Dr. Strangelove is a comedy. In fact, it’s the ultimate satire. One must understand the Cold War and the hysteria within America that came with it. Dr. Strangelove amplifies everything about that era and makes it into a movie. Peter Sellers turns in 3 roles in the film, including that of a doctor whose right hand possess the mind of Adolf Hitler. Absurdity does not begin to describe this movie.