The Art in the Sound of Voices 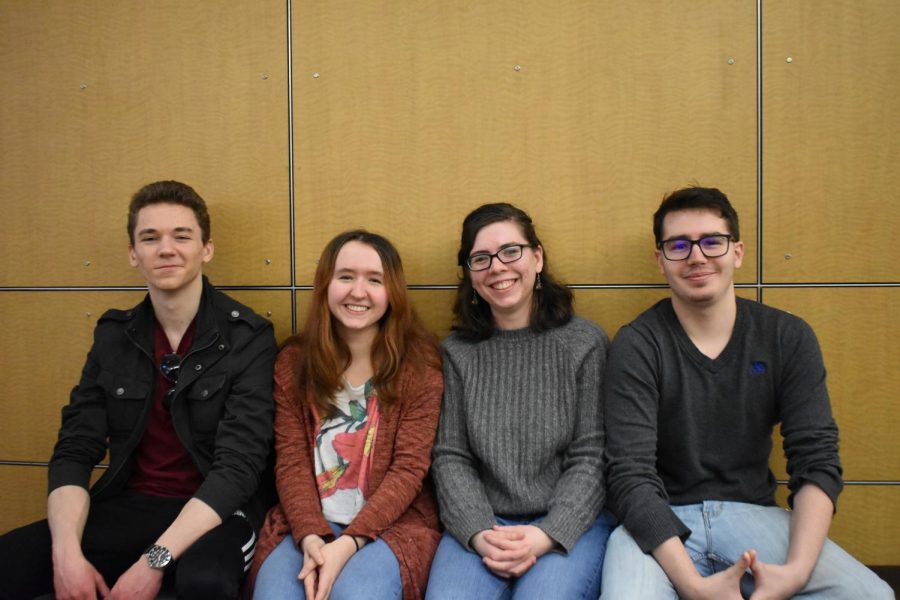 Examining the unique and authentic platform of podcasts

During America’s Great Depression in the 1930’s, families gathered around their wooden boxes to listen. Radio served many functions, both being a tool to keep listeners informed as well as entertained, but radio was something more. It was teleportation. Voices traveled through the air waves and brought together a nation under great emotional and physical turmoil. America was connected, united, and carried away for a little while to somewhere else—anywhere but there. There is art in this expression. There is art in the sound of voices. The Golden Age of Radio is long gone, but the artful expression of human voices is still present today in the form of podcasts.

Podcasts, just like radio, are a medium entirely built upon the sound of a person’s voice. Just as a painting’s colors can evoke emotions inside us, the sound of a person’s voice can make us connect to them or immediately dislike them. Like anything in the entertainment industry, podcasts are not always purely defined as art. Rather, it is a medium where art can be expressed if the creator chooses to do it in that medium. The thing which makes art “art” is if there’s human expression, and it is done through the voice.

To highlight exactly how podcasts are an artful form of storytelling, I’d like to share my personal experience while producing a podcast episode for the Finding Your Place podcast series. Through producing my own episode for this series, I saw just how podcasts can be an authentic and unique communication tool. Finding Your Place is an informational and educational podcast designed to be a resource for college students, and what makes this series special is every episode is produced by a college student.

Episodes in the primary series revolve around different resources available to college students and are a guide for how they can get involved on campus, join clubs, talk to professors, advisors, counselors, and figure out financial aid. The episodes also deal with the emotional struggles of college: the loneliness, anxiety, stress, and balancing act of home-life with college-life and work-life. There are also supplementary episodes which are specifically focused on individuals who face specific challenges in college: Muslim women, single-moms, disabled students and veterans just to name a few. The podcast episode I produced was the one focused on PSEO students because I was once a PSEO student.

In my episode, I asked some PSEO students if I could interview them with my special audio-capturing equipment which we learned to use properly in class. Then I interviewed an expert on the subject of PSEO students, Katy Melek, who is the PSEO adviser at Century College. After this, I wrote and recorded my own narration, including my story into the overall narrative I was organically constructing through their voices. I didn’t walk into my episode knowing the ending, I found it through the journey. To get an idea of how my podcast was received, I talked to a current Century College PSEO student, Naomi Echelberger.

Naomi listened to my episode and said, “Relatable and intriguing to hear what’s going with PSEO students.” Naomi was very glad I introduced her to the episode, and she said she felt less alone in her specific college journey. Generally, about podcasts, Naomi said, “It definitely tells a story in a different way. It allows you to think about it more and adds a different voice to people and hear their actual emotion when they’re talking.” When it comes to documentary or nonfictional work, the voices you hear aren’t acted or rehearsed—they’re real, which adds deeper emotional weight.

Taking a deeper look into podcasts and Finding Your Place, I went to the source by interviewing co-founder and executive producer of the series, Professor Robert Jersak, teacher at Century College. Professor Jersak told me the podcast series originally got its start when he and his colleague, David Engen, became interested in audio recording. This launched them into developing “Dreaming by Degrees” which was oriented towards faculty learning more about their students.

After this project, they had a new idea, creating something student focused. Professor Jersak and Professor Engen both knew they wanted to make it different from all the other resources out there made for students. Thus, Finding Your Place’s episodes are produced by students who are learning the process as they go, creating something unique and authentic. While Professor Jersak and Professor Engen watched over them, the students were given freedom to explore topics and share their voices that hadn’t felt heard.

I asked Professor Jersak about what he thought made podcasts different than other communication routes. He said, “Immediacy and distance. Audio documentary can connect with people across time and distance. It’s a storytelling interpersonal channel and its portable and accessible.” I asked him if he felt podcasts were an art form, and he answered, “Creative people can take any form of expression and make it artful.” He was hesitant to say podcasts were artful, but we both agreed there was power in the sound of people’s voices. “It is about representing people’s voices and it is about stories but there’s something about banter. It’s a hidden dimension that ties into human interaction and conversation, and in the future that’s where we want to be.”

Podcasts are likely going to grow as time goes on, and the future of Finding Your Place looks bright as the two professors work to create a platform where students can create and share their stories. Right now, they’re working to “Raise awareness for the resource.” It is free and accessible, they just need to bring it to the students. Professor Jersak said the goal and intention with Finding Your Place is, “To help you feel not alone and that you take a positive step you wouldn’t have taken otherwise.”

Finding Your Place is an informational, educational and documentary podcast which on the surface doesn’t look like “art” to most people. If you take a closer look, you see a podcast created with authentic human connection and relaying human stories through the power of voice. While art isn’t easy to describe or define, it is most certainly human expression tied to emotion. There is expression and emotion in the sound of people’s voices, they’re stories being relayed into our ears … it’s art.

To listen to my episode, go to SoundCloud and search Finding Your Place and scroll to the supplementary episodes.https://soundcloud.com/dreamingbydegrees/sets/finding-your-place-podcast-supplementary