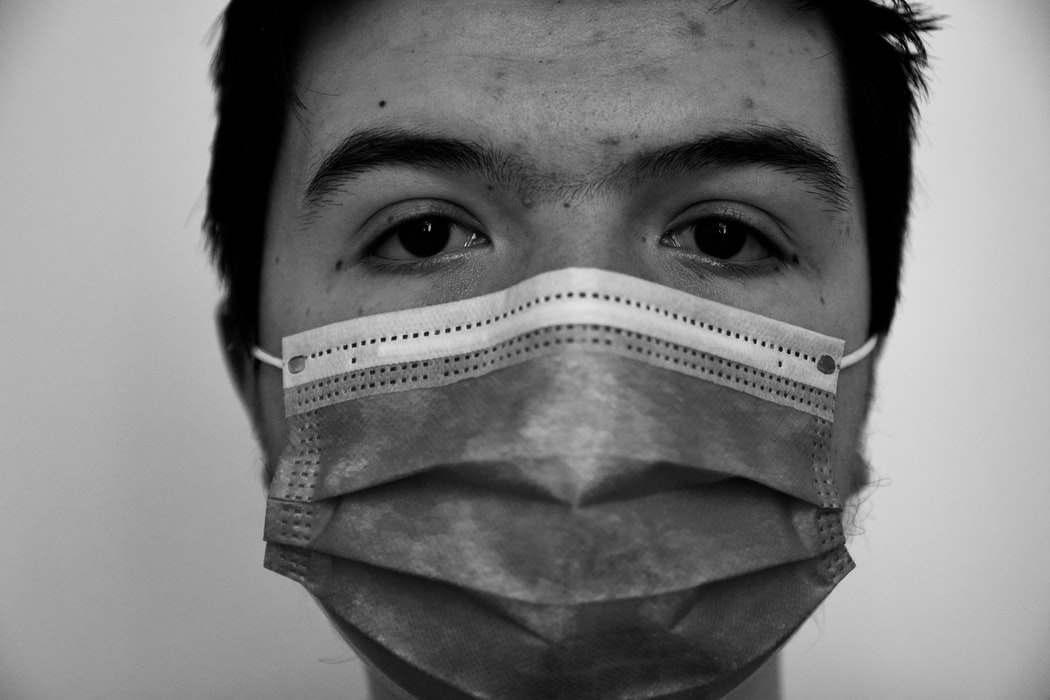 Don’t Show Me Your Nose in Public

The holidays are almost here and we’ve yet to break free of Covid-19. If anything, its grip is tighter. Let us be grateful for today and worry about tomorrow when it arrives. You probably don’t want to hear that, but somebody’s got to say it. We’ve had a tough year and we need to keep each other from falling down the rabbit hole. We must help each other enjoy today.

Each day we must seek our purpose. Make that gratitude list morning and night if that’s what it takes to remind you why you’re here. Do something that brings you joy. Stay connected with your loved ones any way you can. Send out Christmas cards. We all love getting mail that isn’t a bill. Bake cookies. Put up that Christmas tree. Decorate your house.

Do something that will make someone else happy and the positive energy will flow back to you. Your task may be as simple as wearing your mask in public or staying home if you’re sick. Do it because you want a tomorrow with those you love. Politics have nothing to do with looking out for each other.

Let’s be thankful Covid is not the 1918 Spanish flu. Conservative estimates place the death toll between 50 and 100 million people worldwide during three different waves of the Spanish flu between 1918-1920. Due to poor record-keeping and a larger focus on winning World War I, historians and medical experts believe the death toll was even higher.

Spanish flu didn’t kill the elderly or those with pre-existing conditions like Covid. On the contrary, the predominant age range for the Spanish flu death toll was between 20-40 years old and healthy. Pregnant women were also vulnerable. The death rate for that group was between 23% and 71%. In all Spanish flu deaths, it was not the flu that killed the victims.

These people died of pneumonia which would set in after their first symptoms subsided. Their immune systems overreacted to the secondary infection and they died in what is known as a cytokine storm. Dark spots appeared on their cheekbones and eventually, their faces turned blue due to lack of oxygen. Death was not immediate. Victims of Spanish flu slowly drowned in their own blood. Meanwhile, medical staff stood by helpless. They could only treat the symptoms of Spanish flu and not the disease itself.

Germ theory, or the belief that germs caused disease was not widely accepted, yet. The benefits of handwashing were unknown. People angrily protested quarantines and required facemasks in places like St. Louis or San Francisco because they felt that government orders infringed on their personal freedom. We know that view is present in the Covid era. Despite medical advances, we are still grappling with the same crippling uncertainty.

A 2017 Smithsonian article claims that the Spanish flu originated in Haskell County, Oklahoma. In January 1918, a deadly flu struck. The author John M. Barry claims that the conditions were right for a dangerous flu strain. Barry stated the Spanish flu was a combination of human flu and avian flu that was altered by pig genes and transmitted back to humans in its lethal form to be spread throughout the world.

In March 1918, men from the Haskell County area were transported to Camp Funston in Kansas for basic training. Within two weeks, 1,100 soldiers are admitted to the hospital. 38 soldiers died. Thousands more were sick in their barracks. The virus soon spread to other camps and moved with US troops to France. The military downplayed the outbreak and told civilians it was a minor flu. Minor flu it was not. Initially, the allies thought the Germans created the illness to win the war, until they too became ill.

Another example of ignorant mass infection occurred when Philadelphia was under pressure to sell war bonds to meet their quota to aid funding for World War I. Despite the flu outbreak and warnings from the medical community for quarantine, the city went ahead with the war bond parade on September 28, 1918. 200,000 people were jammed together along the parade route on Broad Street. Flu was the last thing on their minds. Three days later that would change. All the beds in each of the 31 hospitals in Philadelphia were taken. In six weeks, 12,000 people were dead. This is where the phrase “bodies stacked like cordwood” comes from. Priests would call out to people from the street in horse-drawn wagons to bring out their dead. They didn’t dare knock on doors and risk getting sick.

US involvement in World War I didn’t help matters on the home front. Historical records show that the US military took half of the doctors under the age of 45 for the war effort. Ads were put out in newspapers to recruit nurses for hospitals and parents to take care of children that were orphaned by the flu. People stayed away because they were afraid of becoming ill.

The point I’m trying to make with this history lesson is the only definitive tool we have against Covid-19 right now is taking personal responsibility. That means isolating when ill and social distancing when healthy. Vaccines have been approved, but their effectiveness is unclear.

I don’t know about you, but I don’t want to be a guinea pig. Nor do I want medical staff to play God because medical treatment is being rationed. The only way that I can prevent either of those scenarios for my loved ones is to isolate and social distance as needed.  Life isn’t fun right now. Believe me, I wish things were different. Please do what you can to make sure that you are in control of your health and well-being. If you don’t want someone else deciding that for you, please stay home, order takeout, and stay in touch with your loved ones. Live to look forward to the holidays in 2021.