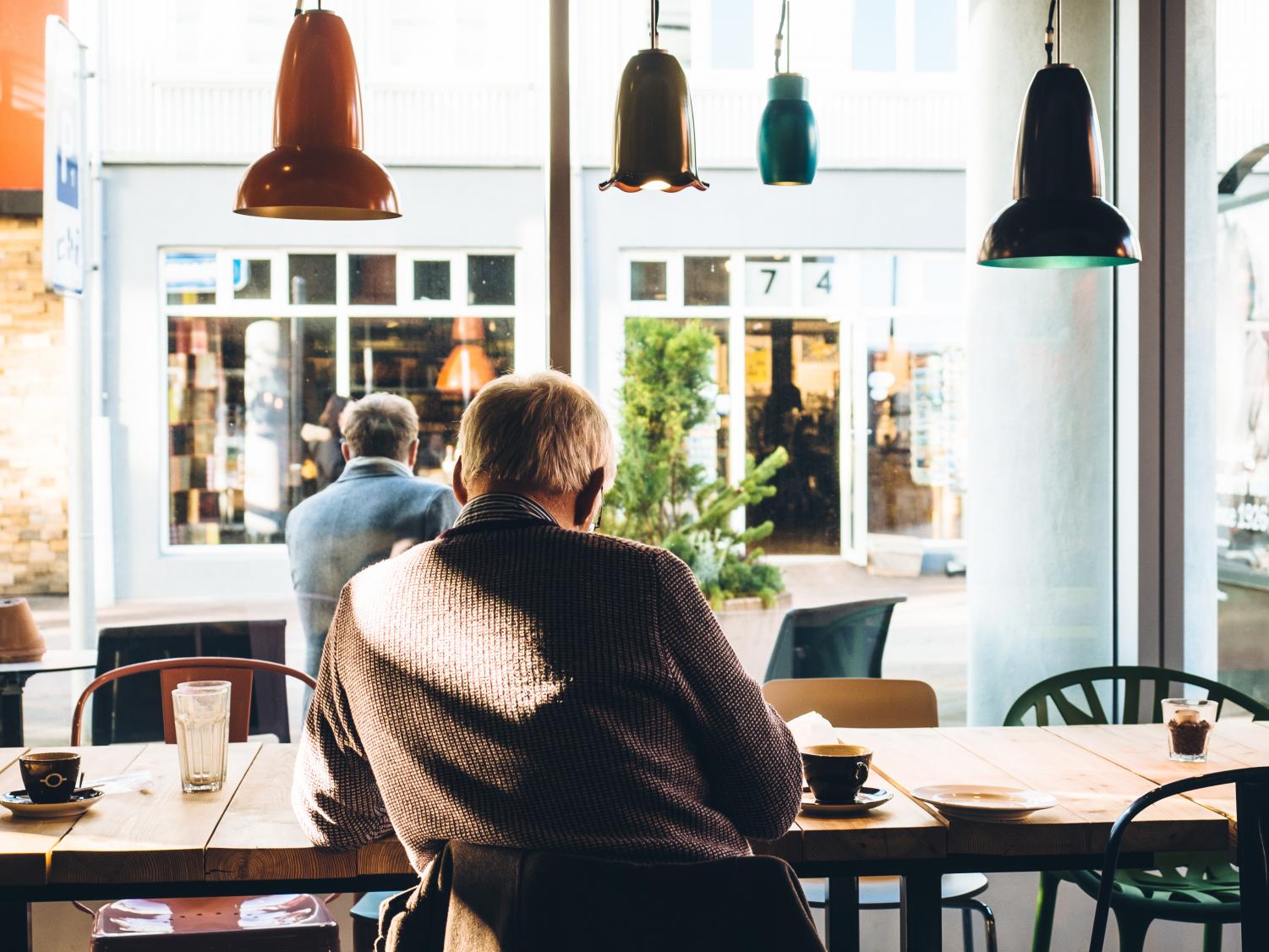 (Photo by Jeff Sheldon on Unsplash)

Photo by Jeff Sheldon on Unsplash

Working in a couple of different memory care units, I have frequent interactions with adults suffering from dementia. Many aging adults who end up in memory care are in the late stages of Alzheimer’s or another form of dementia, and the spectrum of behaviors and needs they introduce can be dizzying. Many residents are in positive feedback loops that cause anxiety, ranging from small concerns to life-threatening fears.
I cared for one woman who paced the hall of our unit, alternating between asking whether her parents would pick her up in time for church and if her children were ready for school. Another man with a chronic neurological disorder frequently experiences panic attacks because he believes he has not received his medicine. It is scary to think that some people live out the last part of their lives in a perpetual state of anxiety and worry, waiting for someone already gone or an event that has passed them by.
Many residents are not ground in one period of time but exist in multiple stages of life at once. They are sons and daughters, students, employees, spouses, parents, and grandparents all at once. In one breath they could speak fondly of their children, and with the next deny that they were ever a mother.
However, there are certain events that are best forgotten; bouts of illness and cancer, trauma, the death of a loved one. At one time I cared for a married couple that lived in the same apartment, until the husband died of COVID-19 complications. For the first day that he was gone, I was instructed to tell the wife the truth when she asked about his absence; it was hell. Each time, she heard that her husband had passed away for the first time all over again, and I had no way to comfort her or soothe my own ache. After that shift, we told her that her husband was at the doctor’s office.
As an aide in senior living, especially memory care, I expected to lose residents over time. Truthfully, the first few made sense and did not weigh on me; the residents had lived out full lives, and their discomfort was going to end. But as more residents passed, new ones moved in, and I grew closer with all of them, and I discovered the real suffering of the deaths: the families. I watched adult children struggle with saying goodbye to their parents, an especially heartbreaking feat during quarantine. There were several residents who passed away before families were allowed in the building for any reason, and I was tasked with holding the phone so that the grieving children could speak with their confused but concerned parent. One son was choking back tears as he spoke to his mother, and she asked him what was wrong. Unable to answer, he handed the phone off to his young daughter.
After residents pass, nothing is left of them in the building besides a temporarily vacant apartment and the stories shared by the employees. I hear about residents who lived at the community before my time, and I am sure that stories of some residents I care for now will be shared as long as there is an aide working who cared for them. Aides learn residents’ favorite colors and foods, what kinds of clothes make them comfortable, what career they had and their children’s names. Anything they can still give we willingly take, so that we may help them remember.
In a way, residents enter the community with a clean slate; we don’t know their pasts at first, or them beyond their initial charting information. Whatever good or bad they accomplished during their earlier stages of life, we care for all equally and find a place for them in our burdened hearts. Over time, we pick up on certain things that could speak to their history; some have children and spouses who rarely visit or even call. Others regularly receive care packages, calls, and happy visits with grandchildren. Most will have bursts of remembrance and blurt interesting facts from their life, leaving us to piece together the scattered information. Regardless of how much their family keeps in touch or whether they can tell us much about their past, all are still distinctly themselves, with desires, interests, and senses of humor.
I don’t mean to make nursing homes out to be desolate places, devoid of hope or empathy. All the aides I work with (and myself) care a lot about our residents and do what we can to help them be comfortable and dignified. We do our best to encourage regular daily acts of life, like eating meals together and watching programs. I haven’t met one resident who doesn’t enjoy watching “The Lucy Show” or “The Dick Van Dyke Show”.
As aides, we also have techniques meant to engage cognitive functions and trigger memories, or otherwise simply entertain the residents; I enjoy coloring with my residents very much. Some are proud of their work and want to show everyone or hang it up in their rooms. Others enjoy looking at the coloring page and the pencils, but don’t quite make it to the action itself. I have found that family members are the best at eliciting happiness from the residents, whether they send presents and pictures, or talk to them over the phone.
Even those residents who appear to be mostly gone usually still respond to certain stimuli. You just have to find what reaches them. One woman is all but catatonic, yet her granddaughter can still make her laugh by whispering “Guess what? Chicken butt!” in her ear.
I have seen many women in my extended family succumb to dementia, and I expect that I might one day, too. Hopefully there is a cure or improved treatment in the works by then, but if not, I think that chicken butt jokes would still make me smile too.