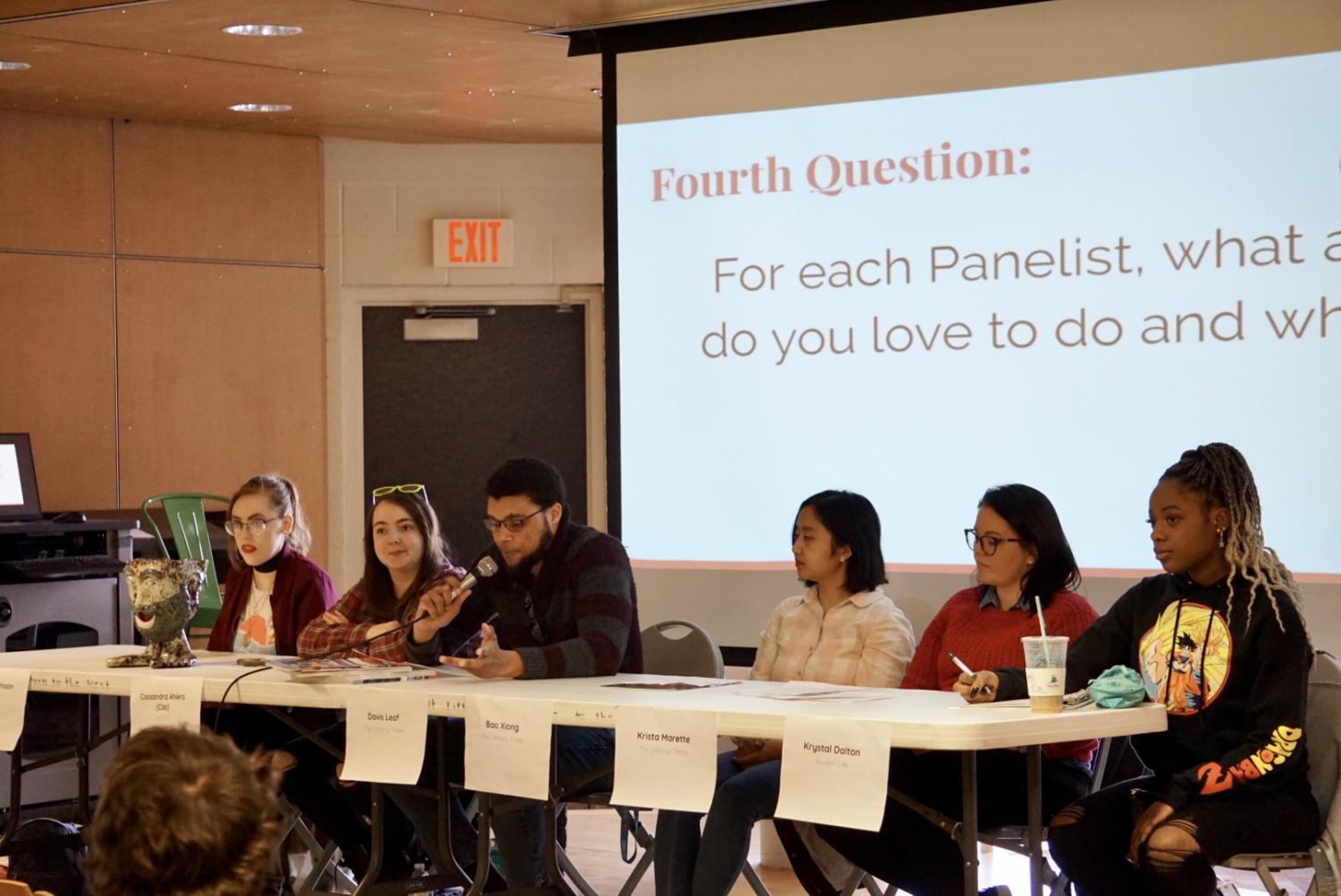 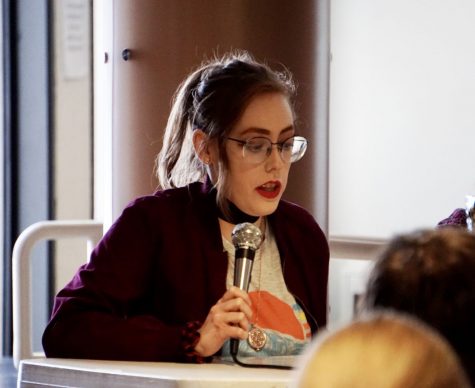 In relation with this upcoming issue on all things art related, The Century Times held a public forum delving into questions on the broad topic of art. It was a student led discussion with a panel including the president of the art club, Cassandra Aneirs; the art club vice president, Rebecca Mathinson, the editor in chief of the Century Times (TCT), Davis Leaf; head designer of the Century Times, Bao Xiong; another TCT designer, Krista Maneete; and a member of student life, Krystal Dalton. The discussion was moderated by a member of the creative writing club, newly joined TCT staff writer McKenzie Brown. With backgrounds in different forms of art, each panelist gave their unique view on the subjects that constitute art.

The first question that was looked further into was the question that TCT has based this issue on: ‘What is art?’. Each panelist weighed in on this question. Rebecca Mathison stated that “Constructs plus content is art. The mediums you use, and the messages you send.” Cassandra Aneris added that art is “fluid and ever changing. It is new ways to see familiar things.” Davis Leaf said, “Anything that evokes an emotional resonance with the recipient”. Bao Xiong gave her view of art as, “Anything outside of the box. Expression through imagination.” Krista Maneete stated that “art is a beautifully complicated opportunity for one’s emotions to be explored.” Krystal Dalton finished with, “Art is about passion. It’s what you are passionate about and love doing.”

The next question was, ‘What value does art have in the world?’ Rebecca started off with, “Art has a bigger value than what is expressed on a canvas or in a sketchbook. The value of art one thousand years ago is different from the value of art today. Art now can be very useful and can be used to help people.” Bao added to that with, “People that are nonverbal, such as some people on the autistic spectrum, can use art to show their creativity without needing to use words.”

A question was then asked from the audience: ‘Do monetary goals affect the art that is created with that achievement in mind?’ To this, Davis answered, “I don’t think it impacts the art. Setting goals with what you want to achieve in mind does not affect the final product.” Furthering the conversation, Cassandra stated that “many musical artists have that problem, of people saying that they sold out in order to become successful. They want to do what they love and be able to make money at the same time.”

Other questions that were raised and answered during the forum:

Q: “Should art be publicly funded?”

A: Bao– “Absolutely; art is important. The first thing kids learn in schools is colors and shapes. It helps to shape their growth and inspire creativity. Creative thinking is what helps put out new ideas into the business world. We need more artists, more ideas, and more creativity.” 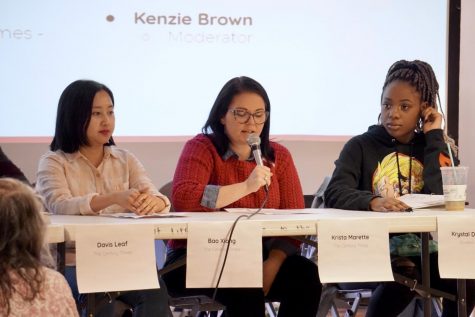 Q: “Some people don’t want to fund art because it can be controversial, what do you say to that?”

A: Davis– “Art is made to make people think or act. Controversy can be both good and bad. Controversy in art is using freedom of speech and speaking freely about many topics.”

Krystal– “Art has always been controversial; America thought NWA was a threat for rapping about police brutality, but they were just speaking their truth. Hate it or love it, you have the right to say what you want.”

Q: “Can you learn art, or do you have to be born an artist?”

A: Cassandra– “You don’t have to be born with talent to learn art. We are our own worst critics; other people can see your art as being good, even when you as the creator don’t see it that way.”

Krystal– “Being bad at art is part of the creative process. The challenge is a part of it. Eventually you will be good at the art you are striving for.”

A: Cassandra– “Art is always evolving and changing. It used to be more focused on religion and storytelling. It is much different now, but is still influenced by things done in the past.”

Krista– “It is evolving into a digital landscape. Being able to have visibility on screen is an artform. It’s an art to make something on a screen beautiful and have it connect people through screens.”

Audience member– “Art now delivers more messages on what is going on in the world. It brings awareness to different causes.”

A: Krista– “There is not one perfect solution for any problem. How someone approaches any design is defined by the target audience, current events or trends, technology, demographic, and psychological point of view of the customer. A website can be coded many different ways even though there is a specific way it needs to be written to work. Coding itself is an art, and coding is a tool used to make art.”

Rebecca– “Language and calligraphy are considered art. Coding is its own language, and therefore art.”

Q: “Is it bad to make money from your art? Does it mean you’re selling out?”

A: Krystal– “It’s not a bad thing to make money with your art. If you can make money doing what you love, more power to you.”

Art is many things and can have a different definition to every person that lives on Earth. What is art? To describe it in a single well-spoken quote from an audience member at the forum, “Art is art for art’s sake”. 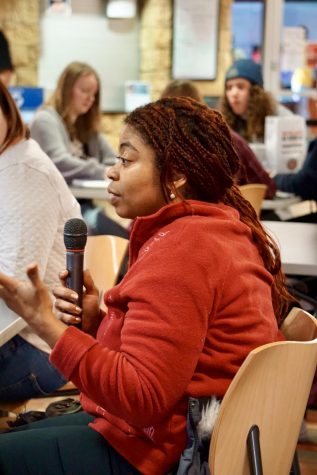