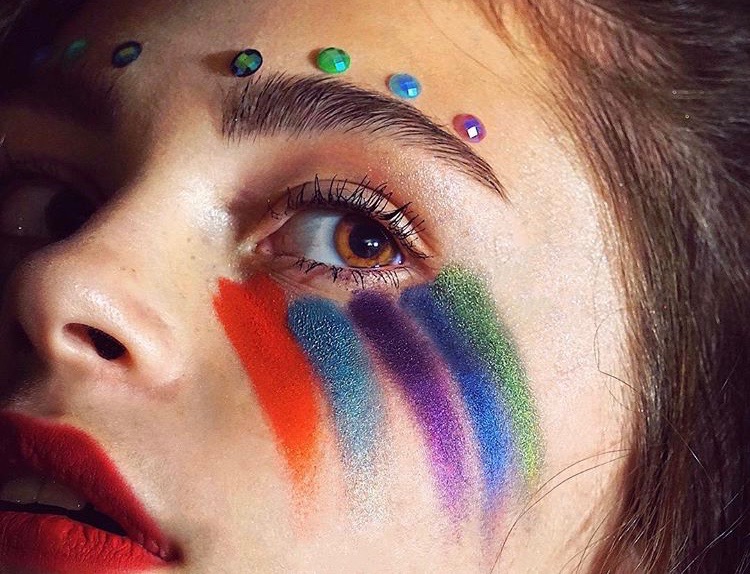 In this album, Lorde blends pop, and electronic music styles in a different and beautiful way. The songs she creates have a very poetic feel to them. Her carefully worded, honest, and hard-hitting lyrics encapsulate all the turbulent feelings of youth and growing up (Hard Feelings, Sober, Melodrama). These songs have a head-bobbing beat that can be accompanied with a slightly melancholy feel to them (Liability, Writer In The Dark, Supercut). Lorde’s unique voice combined with punchy beats make for songs that won’t leave your head and will leave you anticipating future music from this talented artist.

With very descriptive and colorful lyrics, each of Swift’s songs focus heavily on telling a story.  In this album, she has started to take a stand with some of her songs, singing about topics such as feminism (The Man), self-love (Me!), and speaking out against hatred (You Need To Calm Down). This album contains some of her most emotional and self-reflective pieces (Soon You’ll Get Better, Daylight, The Archer). And includes the catchy romance/break-up songs that are typically present in a Taylor Swift album (Cruel Summer, Lover, Death By A Thousand Cuts, and others).

To Pimp a Butterfly by Kendrick Lamar (2015)

Kendrick Lamar has been an influential force in the world of music with his lyrics, album concepts, production, and flows. All his projects have delivered something special, but To Pimp a Butterfly is the past decade’s gold standard on abstraction. Lamar genre splices hip-hop with jazz to new heights while simultaneously delivering an emotional experience of poetry. A recurring narrative of social injustices, black on black violence, and cultural recognition plays throughout the album with sophisticated production allowing the listener to groove. To Pimp a Butterfly is a masterfully crafted music project.

Recalling my first encounter with alt-J, I was entranced as the smooth-grooves of this album hit my ears and my soul. What was this strange voice that I loved so instantly? This Album full of unique, thought-provoking sounds that catch curiosity from the first track (Intro) on. Conscious changes in progression and regression, along with many different instruments and fluidity throughout will keep you harbored in pleasure and wanting more. You may very likely recognize their song “Breezeblocks” which has references to popular children’s book “Where the Wild Things Are.”

Jessie Reyez brought a new sound to music with her raw, heartfelt lyrics combined with her unique, smoky voice. Reyez is an artist who cannot be defined under one genre of music, as her talents go across the board. Her sound includes a mix of R&B, soul, contemporary, alternative, and hip-hop. She has often been compared to artists like Amy Winehouse and Billie Eilish. I was instantly hooked when I heard her emotional album Kiddo. Kiddo features seven powerful songs about Reyez’s personal experience with relationships, heartbreak, and abuse. It is a beautifully made album and she has continued releasing great music since.

A Sailor’s Guide to Earth by Sturgill Simpson (2016)

I despise modern country tropes. This Album has none of those, opting for more heartful themes and elements. This album holds social commentary (Call to Arms). It holds lessons from a father, perpetually on the road working to feed his family (Welcome to Earth). It even holds a Nirvana cover (In Bloom). This album has given me the gold standard for modern country music. Take care, for many of the songs begin slow, but like the heart of the Grinch, each starts to grow, culminating in a record that could change one’s perspective of a given genre.

Black Panther: The Album by Kendrick Lamar and various artists (2018)

Out of all the languages in the world, the one that seems to be the most universal is music. It breaks so many barriers that separate people from dialect to ethnic backgrounds to even age differences. I personally have gained many connections that were sparked through conversations about music. For this reason, when deciding on an album to choose as my favorite for the decade, I decided to pick one that was a good representation of unity. Among other things, I also want it to encompass strong instrumentals, intelligent lyrics, and undeniable messages. This led me into an expanded path to soundtracks found in all types of films. Eventually I came to settle on the soundtrack for the movie “Black Panther”. With the release of this movie, it brought people together of all walks of life creating an experience that in my opinion will be a historical event that will be remembered for years to come. Part of what made this experience so magical was the music involved with it. As someone who loves music that can teach and reach the soul at the same time, I feel this soundtrack was able to provide that. It gave me everything I was looking for in what I would consider something worth treasuring, and so I choose this as my Album of the decade.

Of all the wonderful albums that came out in the 2010s, there’s one that stands out as a dazzling example of music that both sounds amazing and says what we all should be thinking.

FIDLAR’s Almost Free is a delightful album that critiques things such as capitalism and gentrification, all the while being sonically incredible. “Get off My Rock”, which tackles the aforementioned gentrification in Hawaii and L.A., displays singer Zac Carper’s harsh vocal technique alongside a Beck-esque dobro, and the titular track, “Almost Free”, is a sublime instrumental intermission for the album. Other favorites include “By Myself” and “Thought. Mouth.”, both of which have equally compelling themes. Overall, the album stands out as one of the best punk albums of the decade, if not one of the best albums overall, with each song being as strong as the last.