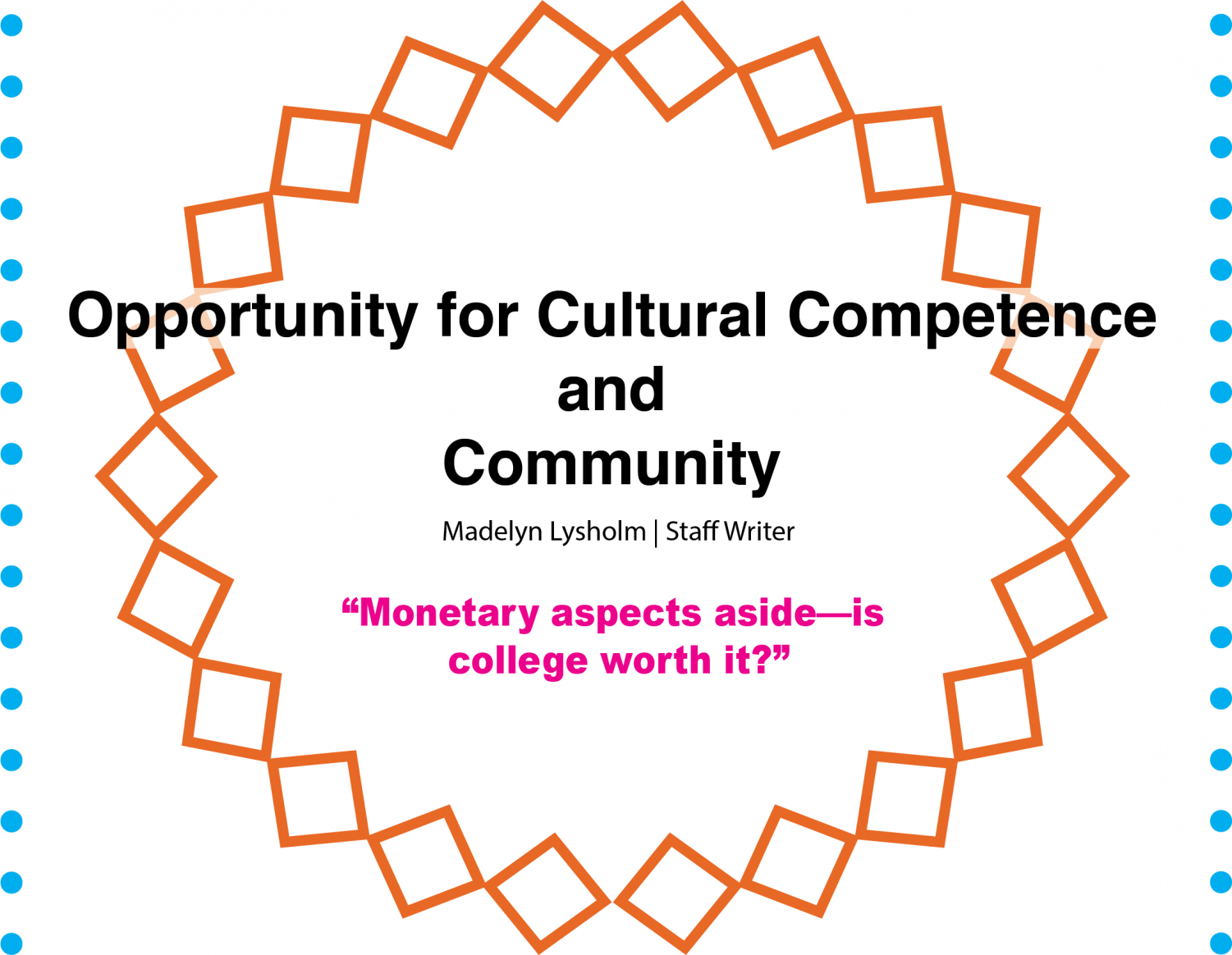 Opportunity for Cultural Competence and Community

At this point I’m sure that between assessing the costs now and the projected earnings later that we’ve all pondered the inescapable dollar amount that is associated with pursuing a college education countless times.

Being culturally competent means having an awareness of one’s own cultural identity as well as being informed about the varying cultural identities of others. This comes from the capacity to understand, appreciate, and interact with people from cultures or belief systems that are the same or different from one’s own. In a college setting this can be achieved by being surrounded by a diversity of classmates, learning about various cultures through coursework, participating in events and clubs that embrace cultural aspects, and having the drive to gain awareness about various cultures.

With the ever-increasing diversity in the United States, being culturally competent has arguably never been more relevant. Having this awareness can be very beneficial in the overall communication, prosperity, and unity of the societies we include ourselves in.

Since we have such a wondrous array of culturally diverse students here at Century College, there are several opportunities to divulge in various cultures and communities. This comes particularly in the clubs and associations that embrace and explore various cultures and interests.

Other resource centers that are always available on campus include the Multicultural Center and the LGBTQ Center – both located on the West campus, open to all!

In addition to these extra-curricular options, Century offers a wide variety of academic opportunities to expand one’s cultural competency that a student may consider taking while reaching certificate and degree goals. With a variety of global studies, language, history, humanities, and communication courses, there are options for everyone to explore.